Movie 39: Into the Woods 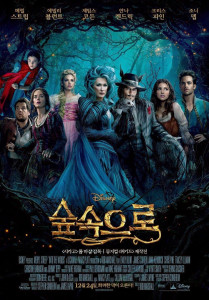 A baker and his wife need to lift a curse in oroder to finally be able to conceive.

This musical started off well, but then it became more and more boring, until the unbearably tedious last thirty minutes.
I really enjoyed the music in Sweeney Todd, but this piece was overly repetitive and bland.
Meryl Streep and Emily Blunt’s performances are good, but still fail to save the movie. On the other, Anna Kendrick’s Cinderella seem only capable of two different facial expressions.
Big disappointment.
1/5
Tags: movies (2015)
Subscribe